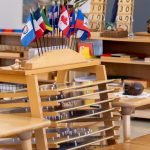 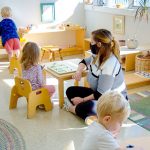 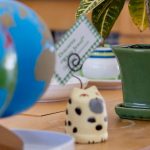 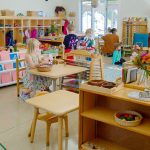 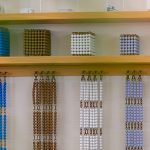 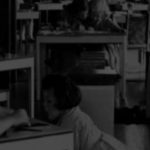 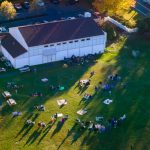 Message From the Head of School 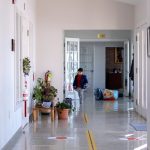 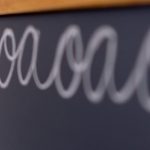 Mary Lou Cobb Faculty Endowment Fund
To honor founding Head of School Mary Lou Cobb’s unwavering commitment to The Cobb School’s faculty and staff, the School has chosen to pay tribute to her retirement after 45 years with the establishment of the Mary Lou Cobb Faculty Endowment Fund. As a trained Association Montessori Internationale (AMI) Primary teacher with over 32 years in the classroom, this endowment fund will honor Mary Lou’s life, legacy, and enduring commitment to Montessori education.

Winton Black Endowment Fund
Our first endowment fund was founded in December 1999 with a very generous gift from the former chair of the Board of Trustees and past parent, Anne Winton Black, her husband Rodman Black, Jr. and Anne’s father, David Winton. This fund was established to insure the long term financial stability of the school. It is the wish of the Winton-Black family that this fund remains unrestricted, and that the disbursement of the income should help to sustain the school’s mission.

Castellani/Thomas Endowment Fund
David and Helen Castellani established an endowment fund in December 2008 because they believe that The Cobb School, Montessori is an example of an institution that is a model of excellence in providing children with an authentic Montessori education. It is their hope that this endowment will grow and help sustain The Cobb School so that current and future generations of children will have the opportunity to become confident, caring and inquisitive young people who are eager to learn and make a difference in the world.

Rainerio O. Reyes Endowment Fund
This fund was established in the spring of 2002 by Rainerio J. and Barbara Padilla Reyes in honor of Rai’s father. The Reyes family hopes to enhance the long-term “savings account” of the school with their generous gift, and they encourage others to contribute to the Endowment Funds.

Niels and Willem van Gemeren Memorial Endowment Fund
This memorial endowment fund honors and celebrates the lives of Niels van Gemeren, former trustee, and Willem van Gemeren, former student, and the positive, lasting impact that they had on The Cobb School, Montessori and our community. Established by an anonymous donor following Niels’ and Willem’s deaths in a plane crash on August 3, 2005, this fund supports the cultural and enrichment activities at the school that all students will benefit from.

Financial Aid Fund
The financial aid fund was founded in the spring of 1997, thanks to a generous donation from past Admissions Director, Denise Alfeld, and her husband, Chad, and the commitment of the Board of Trustees. Families with more than one child are invited to donate their “sibling discount” to this fund.

Rebecca Crocker Scholarship Fund
Founded in memory and celebration of Rebecca Crocker, daughter of Nancy and Co Crocker, who was a student at our school from 1982 until 1986. Becca died after a courageous battle with leukemia on August 30, 1997. It is the wish of Becca’s family that this fund supports our financial aid program.

Willem van Gemeren Friends Forever Scholarship Fund
This endowed financial aid fund was established in March 2010, by Betsy van Gemeren in memory of her son Willem, and in recognition of the value of a Cobb School education.  Willem’s legacy of caring was immortalized when his classmates began the “Friends Forever Fund” shortly after his death, and the establishment of this fund will provide financial assistance to deserving families for many generations to come.  We hope you will support this fund generously.

Ruth Josephson Animal Fund
This fund was established in honor of Ruth, who has worked on behalf of our school for over 30 years. Ruth has always nurtured wildlife within and beyond our school grounds. A generous gift from past parents John and Diane Kim allowed us to broaden the scope of this fund.

The Cobb School is a non-profit, 501(3)c organization and all of your donations are tax deductible to the extent provided by law. Gifts of cash or stocks are welcome, and we will be glad to discuss extended payment and planned giving options with you. Please forward Matching Gift Paperwork to the Director of Development and we’ll do the rest.